I bought a lottery ticket a few weeks ago at a community festival in the tiny village of Limenaria on the Greek island of Thassos.

Friendly, a bit shy, Clover – as I chose to call her – gazed up at me out of big gentle eyes filled with an innocent curiosity about the world around her.

Unfortunately, as in the classic tales of summer romances, our time together was short-lived. Due to the labyrinth of EU regulations about the movement of animals across borders, I had to bid Clover a sad farewell and we parted company with a promise to see each other next year.

I was reminded of her while wandering leisurely along the dusty streets of Doi Mai, a rustic Romanian Black Sea coastal village Sunday evening while basking in the memory of Donegal’s glorious win over Dublin just an hour before.

That’s when I felt a soft nudge at my back.

Turning, I looked down to see a pair of familiar eyes fixed upon me. At first, I thought, through sheer primordial instinct, Clover had managed to evade armed Greek, Bulgarian and Romanian border guards and leaped to freedom. Unfortunately, it was not so, but the eyes were just as inquisitive nonetheless. And behind the fellow before me were many more of his four-legged compatriots, all out for a leisurely afternoon stroll just like me. They seemed so content, easy-going and full of spirit I felt like exhorting them into a ‘Goats Don’t Shave’ rendition of ‘Jimmy’s Winning Matches’ in honour of the day’s stunning victory.

Then it dawned on me. Where are all the goats that used to roam the length and breadth of Donegal? There’s hardly any to be seen now even though historical records indicate there used to be literally thousands of them. Aside from singer Pat Gallagher and his wonderful group, we don’t seem to celebrate the many wonderful facets of this delightful creature anymore. Indeed, we seem to be downright biased against them – with no particular reason for being so.

Even though grass is greener in Donegal than Romania’s or Greece’s scorched summer earth; even though rain is much more plentiful; even though, with the same amount of food, a goat gives around four litres of milk, four times more than a sheep; and even though ample medical evidence shows its milk and meat to be healthier in so many ways than that of both cow or sheep, we seem to be definitively an ‘anti-goat’ species. It’s tantamount to animal racism.

What can these innocent creatures possibly have done to us to merit such stark hostility? Is it linked to some warped religious notion about Satan and his horns? About Baphomet, the enigmatic, goat-headed figure linked to occultism and witchcraft? Looking down the sunlit street into the gentle, innocent eyes of those around me, so filled with undisguised curiosity, it was hard to imagine anything devilish about them at all.

In fact, rather than posing a threat to our moral or physical well-being, goats are our greatest asset, the list of their attributes being impressively substantial. For example, goat’s milk boasts a variety of health benefits, ranging from blood vessel support to cancer prevention. It eases the pain of migraines and premenstrual syndrome and reduces the chances of breast cancer. 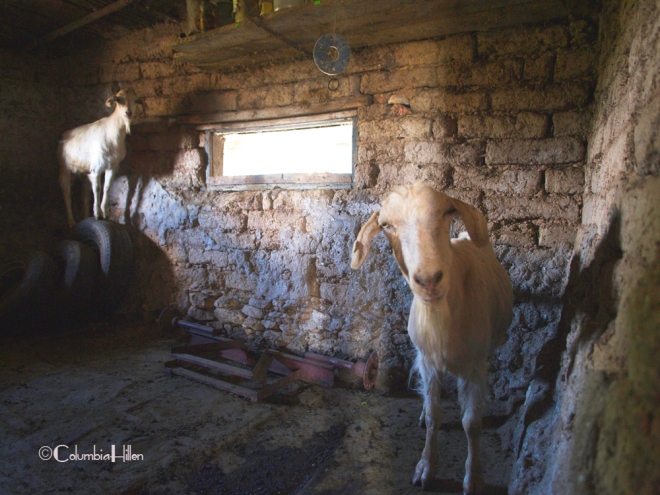 Hello, may we help you?

The ‘World’s Healthiest Foods’ website suggests people with lactose intolerance may have less trouble drinking goat’s milk, partly because it boosts copper and iron metabolism. This quality may also make goat’s milk useful against mineral absorption problems. ‘The Journal of Nutrition’ says goat’s milk can ease conditions such as bowel inflammation and arthritis and that the high level of potassium may also reduce the risk of high blood pressure and atherosclerosis.

Now, as goat’s milk has a higher concentration of calcium than cow’s milk which helps prevent bone loss and that there will be no shortage of bone-crunching tackles in three weeks time at the Croke Park finale, would it not be a good idea for someone with initiative to collect a few dozen litres of this fine liquid and start delivering them forthwith to the training camp of McGuinness, Murphy & Co? Also, it must be added, the he-goat is the epitome of masculine virility and creative energy,

With the Sam at stake and a confident Kerry as the opposition, every little helps. Donegal Creameries, are you listening? Get in there before the Kerry Group does. 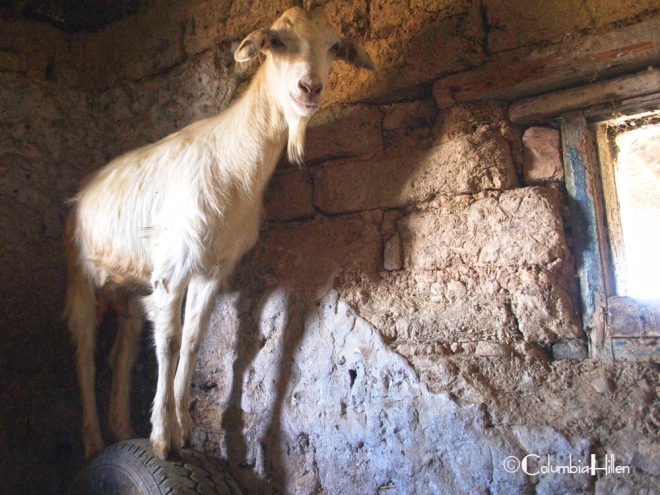 Waiting for a high ball