Ever analysed what you’re putting on your face and body? And I don’t mean just the brand of cosmetic. I mean the ingredients in the brand. No? Not surprising. Most women and men in the US don’t. Unlike Europe, they can’t. The full list isn’t there. The rich and powerful cosmetics lobby in Washington – representing an industry with an average annual revenue of 57 billion dollars over the last five years – makes sure it’s not. It even managed to defeat not one but four Congressional efforts to do so during President Obama’s tenure alone, not to mention others over the decades. That’s why there isn’t full details on the side of the jar.
‘Pretty Ugly,’ my novel bridging the US and Ireland, media and medicine, and based largely on facts, deals with this controversial health issue – the potential dangers from nano-particles in everyday cosmetics as they migrate inside the human body and the almost complete lack of government regulation on their ever-increasing use. 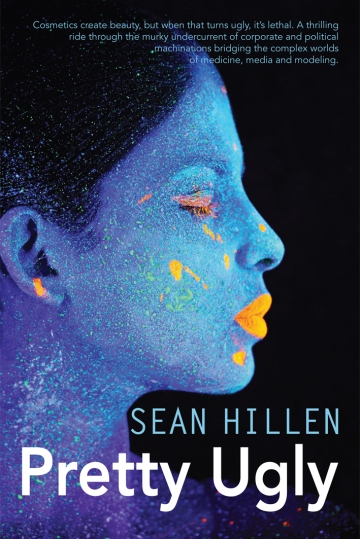 This high-end contemporary fiction, focuses on the challenges facing an unlikely trio – a supermodel, a skin specialist and a newspaper reporter – as they struggle to lift the veil of secrecy on a powerful cosmetics company intent on concealing the health hazards from toxic ingredients in its products. Ironically, the greatest risk is concealed inside an ordinary concealer stick – nano-particles so tiny they invade nerve and blood cells causing untold injury to users.
A hush-hush meeting with a prominent skin specialist gives Colm Heaney, medical reporter for an American daily, the chance for a national exclusive – but in the last place he ever wants to go: home.
When the Irish emigrant learns the story revolves around top-secret skin rejuvenation experiments on a remote northwestern island and that a beautiful model, a former Miss USA, is the sole guinea pig, he simply cannot say no.
While fiction, ‘Pretty Ugly’ is based on fact. Whereas regulations in Europe are quite stiff, the powerful cosmetics industry in the US has remained largely unregulated even though an increasing number of respected scientists and medical experts have issued warnings about the potential dangers of nano-particles. Attempts to pass a national Cosmetics Safety Act to protect consumers have thus far failed.
‘Pretty Ugly,’ which embraces the three ‘Cs’ of celebrity, cosmetics and Celtic mythology, confronts provocative issues of our time – the decline of newspapers and the largely unregulated use of nano technology. ‘Pretty Ugly’ is the first novel in a proposed series with Colm Heaney as main character.

If you want have access to special offers and invites to events, become of Friend of the Author: