For a well-paid state official to sit down in a childlike huff in an open public meeting and refuse to speak because someone is recording information on a key issue – funding under the EU LEADER scheme for community and entrepreneurial projects for Donegal – borders on ‘Coronation Street’ soap-opera style farce.

That’s exactly what happened at Áislann Ghaoth Dobhair this past week when Gearóid Ó Smoláin, a staff member of Údarás na Gaeltachta, refused to continue speaking to local people on how they could best access money under the EU rural development programme – one for which the local office of Údarás is entitled to a whopping 600,000 euro out of a project budget of 2.3 million for the Donegal Gaeltacht alone, as regional manager, Mícheál Mac Giolla Easbuig, told me in private when asked.

Not only, but while the meeting was billed as a bilingual one, Mac Giolla Easbuig spoke only in Irish until I asked if he would also please speak in English as there were some people in the room who were not fluent ‘as Gaeilge’ and would not understand what he was saying.

Initially, when asked to do so, Mac Giolla Easbuig declined, saying words to the effect of ‘well, we’ll just go on and see how things go.’ When I reminded him that EU regulations indicate such meetings should be conducted so that everyone understood (and indeed, reading later, that Article 8 of the Irish Constitution states both Irish and English as official languages of Ireland), he relented and nodded to his colleague, Ó Smoláin, to do so.

Such attitudes can easily lead to accusations of discrimination and racism by language. 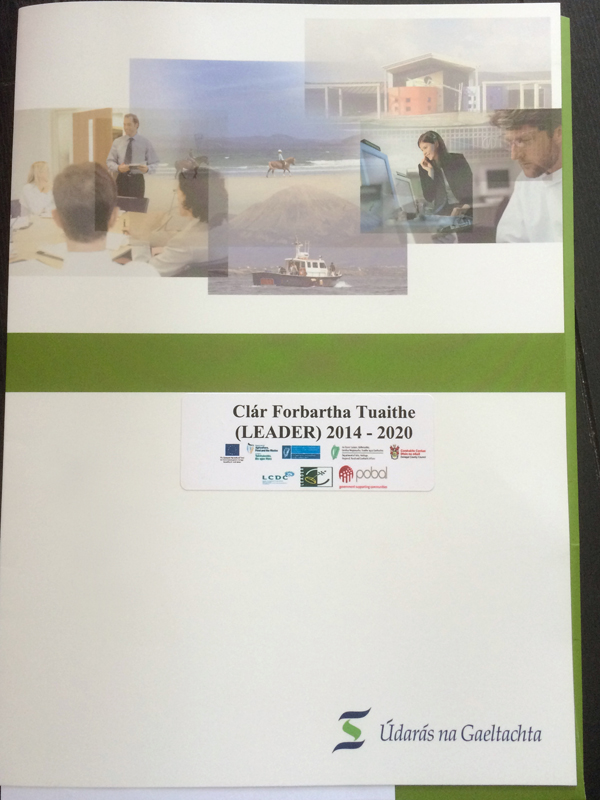 On the issue of recording (I was taping on my mobile phone some of the more pertinent information), Mac Giolla Easbuig supported Ó Smoláin’s rather ill-tempered ‘not speaking’ huff and also asked me to stop. Instead of relenting when reminded that this was billed by Údarás itself in its promotions as an open public “information meeting” and also that EU regulations permitted recording of it, he turned to the audience and asked for their opinion.

As someone put it to me afterwards, “it was like offering Jesus or Barabbas to the crowd.”

Saying I acknowledged his preference but that I would continue to exercise my civil right and record key elements of the information being imparted, Mac Giolla Easbuig finally had a whispered word with Ó Smoláin and the latter stood up and continued where he’d left off – bilingually.

Ironically, it is interesting to note that Ó Smoláin complained to the ‘Donegal Daily’ that he was misreported by me in an earlier story related to an alleged Catholic Church operated pedophile treatment and drug addiction center funded by Údarás being established in Falcarragh. In that case, Stephen Maguire, the news website’s co-owner, informed me that Ó Smoláin told him an official recording showed I had misreported what he had said. When I contacted the Scottish organizer of that event held at An Chuirt hotel, I was informed by e-mail that no such official recording existed, indeed that the meeting was not recorded at all. Based on that alone, one would think Ó Smoláin, of all people, would have welcomed an actual recording by me last week, rather than the reaction he displays below.

What is most disappointing, indeed sad, about what happened last week at Áislann Ghaoth Dobhair, aside from my own discomfort as a member of the local community at being subjected to such ill-treatment, was that this kind of socially embarrassing situation – which some might say is tantamount to linguicism (racism by language) and racial profiling, and thus contravening EU rules and regulations – could have, and should have, been easily avoided. That is if indeed the main aim of Údarás was to provide relevant information, as opposed to just ticking the EU ‘public meeting’ box to qualify for its generous administrative ‘handling fee.’

Earlier that day, interested in contributing to community development, I had called the Údarás office and had been informed the meeting would be bilingual. Thus my surprise when Mac Giolla Easbuig spoke only in Irish. In today’s convenient age of technology, providing simultaneous translation should be mandatory, especially on such a key issue and as the LEADER ‘handling fee’ is so high so it can easily be afforded. I believe such translations ‘as Gaeilge’ should also be conducted for all meetings taking place here in English. This would help those not fluent in Irish to improve their language skills.

More important than potential accusations of xenophobia – meaning hundreds of non-Irish speaking people living in the Donegal Gaeltacht from other countries including EU-members such as Holland, France and Italy and other parts of Ireland might be facing linguistic discrimination by Údarás when applying for funding – such social exclusion could be a tragic loss to the struggling economy of the Donegal Gaeltacht with one of the highest unemployment rates in the nation.

Údarás’s role is to strengthen the Gaeltacht’s economy and keep our proud native language alive. Well-funded – staff at Údarás have the highest salaries of any organization under the The Department of Arts, Heritage, Regional, Rural and Gaeltacht Affairs – it is expected to perform its duties in many ways, including job creation. Speaking only ‘as Gaeilge’ and not bilingually, Mac Giolla Easbuig and Ó Smoláin would, in effect, have prevented non-fluent Irish speakers in the Donegal Gaeltacht community from participating fully in the meeting. Worse, some non-Irish speaking members of the audience might well have excellent project ideas that could provide gainful employment to needy local people, people with families who wish to stay in the Donegal Gaeltacht and speak our native language on a daily basis.

Wanting to align our business ethics with those of global mainstream thinking, it would have been better for both men to remember one of the principles of the recently-signed ‘Conscious Business Declaration’ being presented to the United Nations – ‘Business must behave as a positive and proactive member of the local and global communities in which it operates.’

If last week’s meeting was any example, then Údarás na Gaeltachta – with its obvious inherent bias – perhaps should not have been given the EU LEADER programme to administer, for which it will receive the whopping ‘handling fee’ as mentioned above. Keep in mind, Údarás also receives millions of euro annually from the Irish public pocket. 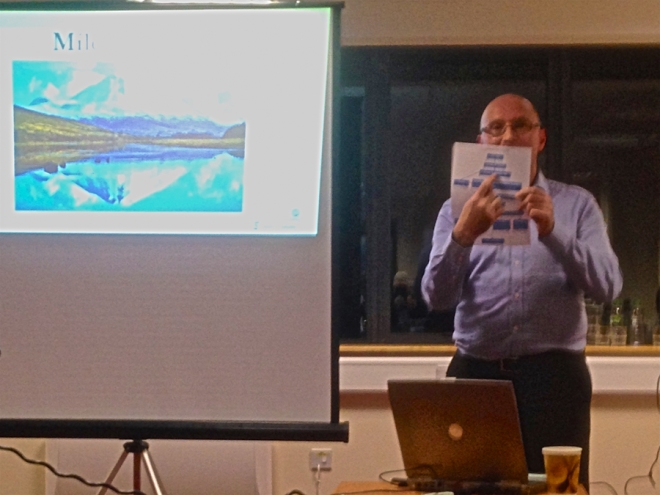 No mature analyst doubts the challenges facing Údarás in attracting major companies to such a peripheral rural area with substandard road infrastructure as the Donegal Gaeltacht – but that still does not excuse the organization from doing simple things well. This lack of attention to detail may be one of the main reasons why there is consistently high unemployment in the Donegal Gaeltacht, which in itself indicates the organization is not doing its job properly and needs experienced entrepreneurs with know-how, technocrats and public relations specialists on its staff.

I had already raised the issue regarding the potentially positive economic contributions non Irish-speaking people could make within the Gaeltacht here with Donegal-based Michael Heaney, Údarás national director of enterprise & investment with, at an international ‘TransAtlantic Connections’ conference organized by the Institute of Study Abroad Ireland and Drew University, New Jersey earlier this year. I then sent a follow-up e-mail directly to him to meet and discuss how such a strategy could be developed. As yet, in the intervening six months, I have not received a single invitation to meet and discuss. That sort of attitude does not bode well for the future.

Isn’t it better for the common good of the community to work together in an inclusive, transparent manner, rather than in an exclusive and opaque one? My hope is that this blog encourages open, mature debate on a thorny dilemma and also helps prevent cronyism, the same ‘inner circle’ elites accessing LEADER funds while ‘blow-ins’ and ordinary local people lacking ‘the right connections’ being left empty-handed. That only results in emptier pubs, cafes and restaurants and a depletion of our Gaelic sports teams as more families board emigration planes for far-off places.

It is also worth questioning whether Údarás na Gaeltachta contravened strict EU regulations last Tuesday evening by strongly promoting a single financial lender, Clann Credo, a Catholic Church run entity, to the exclusion of other national and international lenders. This was done both through printed materials (a color brochure in the EU LEADER information package) and by its main on-stage speaker, Ó Smoláin. The inevitable question must be asked: Was this a paid promotional advertisement and did the Donegal chapter of Údarás or the national Galway-based headquarter receive the payment?