Wandering through a dappled glade in Glenveigh National Park a short while back, Lugh and Siog, our two loving, lively, not-so-shy Irish collies – as is their habit – found some new friends. A bearded man, his wife and his daughter.
That man turned out to be Washington-based former CNN senior editor and triple-book author, John DeDakis, a friendly fellow over on this side of the Pond on a short holiday – his first foray into Donegal.
He must have liked what he saw, for that same man I am delighted to say, will now speak at a special public event hosted by ‘Ireland Writing Retreat’ at Teac Jack in Gaoth Dobhair this Monday evening, June 29, at 8pm, sharing his decades-long experiences in American TV and radio broadcasting – including interviewing Alfred Hitchcock – as well as writing three crime suspense novels.
Interestingly, the protagonist in John’s three crime novels is a young woman, so – having honed his writing skills from a female perspective – he will talk about what he learned about the mistakes men make in trying to forge meaningful relationships with women.
In his fourth novel, which he is working on now, John deals with the death of his 22-year-old son. During his talk, he will explain why he wanted to tackle such a personal and painful topic.
John will also offer advice to those who feel they have an interesting story to tell, but are confused about how to get started writing it.

Staffed 24 hours, seven days a week at CNN‘s world headquarters in Atlanta, Georgia, and in bureaus worldwide, the television and online news network has a global team of almost 4,000 news professionals. Its news and information services are available in five different languages across all major TV, internet and mobile platforms reaching more than 380 million households worldwide.
“It is a delight to be a part of the Ireland Writing Retreat in Donegal,” said John earlier this week, several days before he departed from the US capital. “It is wonderful that such an international event as this takes place amid such a beautiful landscape, a perfect backdrop for artists of all kinds, including creative writers.”
His exciting and informative multi-media presentation is entitled ‘From Journalist to Novelist Or How I Learned to Start Making it Up.’ If you’re interested in news, journalism, current events or creative writing – don’t miss it.
Among the many roles, John played at CNN was as senior script editor of the popular Emmy and Peabody-Award winning programme, ‘The Situation Room,’ hosted by Wolf Blitzer, which offered expert analysis of the world’s top news and current affairs stories, both national and international. 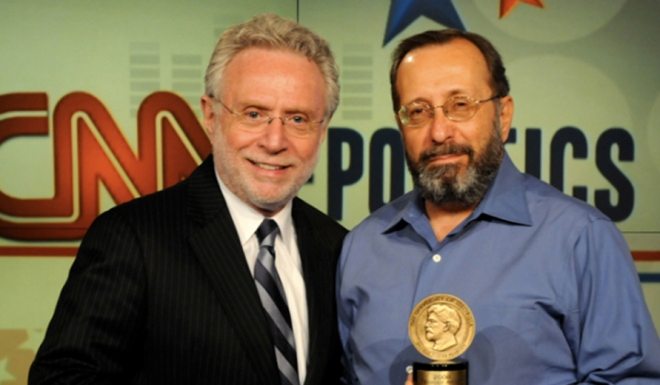 John is travelling direct to west Donegal from Washington this weekend to join a line-up of top-notch published authors in diverse genres, including crime, magic realism and science fiction, for the week-long ‘Ireland Writing Retreat’ where they will help retreat participants improve their creative writing skills.
His interest in the crime suspense genre began long before he finished the first of his three published novels, ‘Fast Track,’ ‘Bluff’ and ‘Troubled Water.’ He enjoyed the rare privilege of conducting a 40-minute, one-on-one interview with the man who has been nicknamed the ‘Master of Suspense,’ Alfred Hitchcock. The career of this British director, who pioneered many techniques in psychological thriller movie genres, spanned half a century and included such film successes as ‘The Birds,’ ‘Dial M for Murder’ and ‘Psycho.’
John was also White House correspondent for CBN News during the last three years of Ronald Reagan’s presidency. He is an adjunct journalism faculty member at the University of Maryland-College Park and has been a lecturer at the American University, Washington, D.C. and Writer-in-Residence at the Callanwolde Fine Arts Center in Atlanta, teaching fiction writing classes and holding one-on-one writing tutorials.
For details on how to book your place see Ireland Writing Retreat