A strange invitation popped into my mailbox this week – and it being October, with Halloween approaching fast – perhaps I shouldn’t have been too surprised whom it came from: that most infamous of blood-thirsty vampires, Dracula.

Or at least from some people close to him, those at Fáilte Ireland and on Dublin City Council who together next week are organizing a special international Bram Stoker Festival in honor of the Long-Toothed Count and his maker, Dublin author Bram Stoker.

Quite right too: after all, ‘Dracula’ is believed to be the most printed book after the Bible, making Bram Ireland’s all-time, best-selling author.

Ever since I penned a tongue-in-cheek (note I didn’t say teeth-in-neck) travel book entitled “Digging for Dracula” almost 20 years ago while a foreign correspondent in eastern Europe, I’ve receive periodic invitations to speak at events focusing on Man’s fascination with blood-sucking immortals (‘strigoi’ as they’re known in the deepest, darkest Carpathians).

But the invitation that popped into my mailbox this time was stranger than most – to speak next Saturday at no less prestigious a residence than the Mansion House, official home of the Lord Mayor of Dublin. 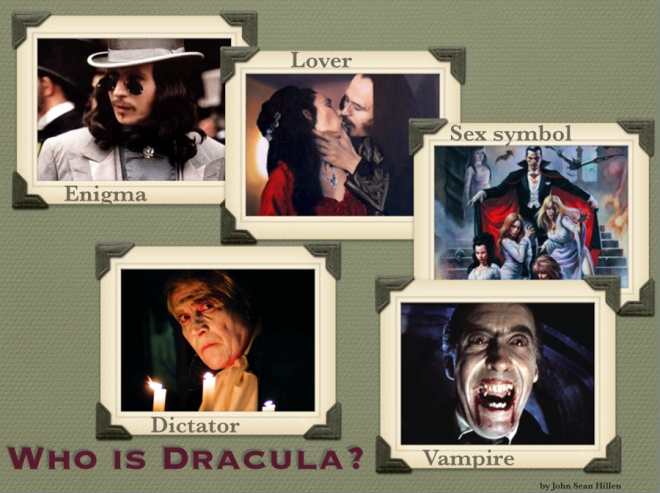 But go I will and enjoy a nostalgic journey back in time – to Bram Stoker at the turn of the 19th century, a time when a general obsession about a shadowy, little-known region of eastern Europe called Transylvania and gory, bloody deaths (Jack the Ripper was alive and well and doing his stuff in Whitechapel) combined to focus peoples’ minds on all things dark and macabre.

Thus, Bram, then manager of prominent actor Henry Irving’s London theater, the Lyceum (having earlier eloped with Oscar Wilde’s former girlfriend – yes, Oscar was bisexual once), dusted up his research at the British Library (Bram never actually went to Transylvania) and penned his blood-riddled masterpiece. While his tale has been made into a zillion movies (the first being the German-made ‘Nosferatu’) and lots of TV series, poor old Bram barely made a penny from his work. When he died, his obituaries barely mentioned he was even a novelist.

After his death, the German company tried to avoid paying copyright by changing Dracula’s name to Count Orlok. Bram’s widow, Florence, sued, the court ordered all copies of the movie burned but one copy had already been distributed around the world and this was duplicated, making it an example of an early cult film.

For me, writing ‘Digging for Dracula’ was a quirky idea that emerged from an even quirkier fax received one morning at my Bucharest apartment from The Times foreign news desk in London asking me to cover a rather bizarre event – the ‘First-Ever World Congress of Dracula’ in Romania. Initially I thought it a joke (foreign newsroom editors have a black sense of humor akin to those in hospital emergency rooms, it helps in dealing with everyday catastrophes).

A much younger version of yours-truly stepped forward chivalrously (or, more likely, was pushed from behind) and ever since has been bound in wedlock to a woman from Transylvania for all eternity.

With hundreds of participants attending from many different countries including Japan, the US, England, France and Germany (strangely, aside from myself, none from Ireland, home of the author) and many different professions – doctors, nurses, academics, writers, psychologists, teachers – the week-long affair proved to be quite an eye-opener. Some people admitted to having coffins in their living rooms and slept soundly there when the notion took them; others had paid a hefty sum to their dentists to have their teeth sharpened.

Many of the speakers at the conference proved interesting, ranging from a psychologist’s view on what he termed ‘energy vampires, ’ those people whose company we sometimes share who leave us drained of energy; to a colorful history of the medieval warlord (‘voivod’ in Romanian), Vlad the Impaler, who some say was the model for Bram’s lead character.

While mysterious places in Romania such as Snagov Island and the Transylvanian village of Arefu, the ancient site of Vlad’s castle, proved intriguing for me to visit on my travels for the book, so did the mummies of Saint Michan’s in Dublin and Whitby (where Dracula’s ship arrives in a storm) – all major influences on Bram, the dramatic storyteller.

But seeing crooner Bing Crosby of ‘White Christmas’ fame laid out alongside the world’s most famous vampire in a Los Angeles graveyard proved more than anything that fact can indeed be stranger than fiction.

Fangs for stopping by and, in the words of the Count, “Come freely, go safely and leave some of the happiness you bring.”