Entrepreneurial spirit often starts early in life – perhaps it’s embedded in DNA – and that certainly seems to be the case with teenage brothers, Rónán & Conor McGarvey, who are enjoying their successful venture, ‘Donegal Pens.’

Started in a makeshift garden shed at their parents’ (Eoin and Marie) home in the charming village of Loughanure in the Irish-speaking Gaeltacht in Ireland’s most inspiring and northerly county, where their father is a local postman, their company has flourished. The siblings showed a true spirit of endeavor by developing their fledgling idea of using leftover wood from local carpenters and sawmills to create stylish, elegant pens, some of which have inbuilt styluses with a special touch application for use on IPhones. 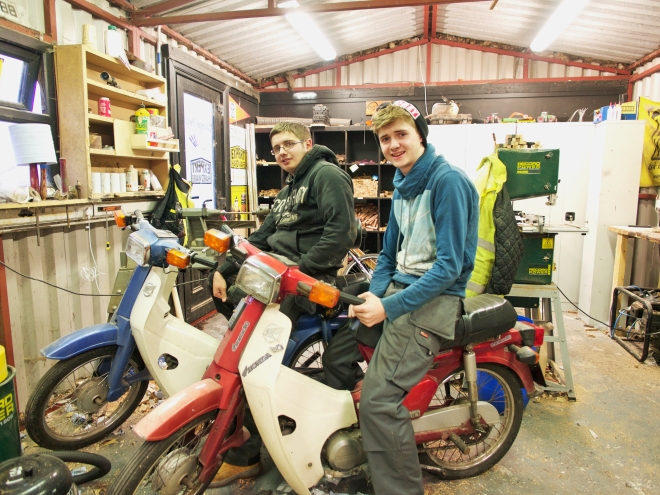 ‘We’ve worked hard at building up our wee business but we’re used to the six and seven day weeks by now,” said 19-year-old Rónán, who with 16-year-old, Conor, started ‘Donegal Pens’ when they were only 14 and 11 years old respectively, when they were both students at Rosses Community School and after first trying their hand at making pens from wood at a craft-fair in Antrim. “We’ve sold several thousand pens so far, with the most popular being from bog oak, trees that can lie deep in the bogs for thousands of years.” 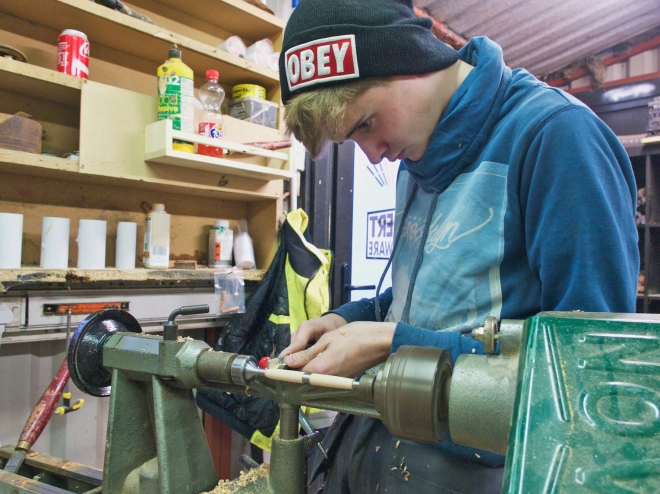 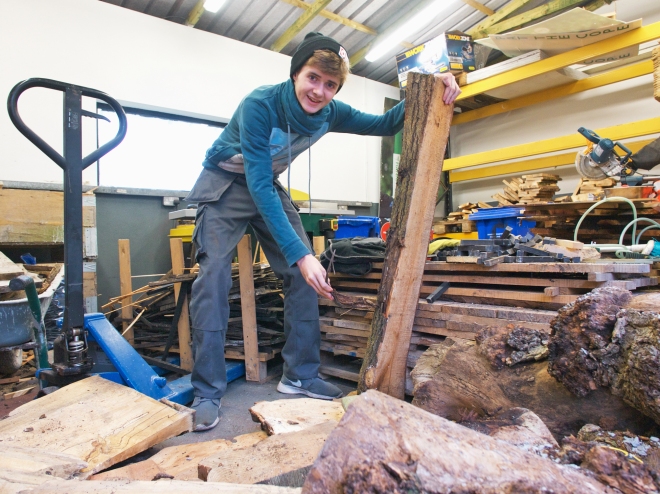 Not only are their pens sold in 50 stores throughout Ireland but also internationally, with three shops in Germany and two in the United States – Carrick Mór, a gift shop specializing in the best of Ireland and Irish culture, run by Kristin and Michael McGowan in Glenrock, New Jersey and Sarah Maguire’s Cottage Scents & Gifts run by Arlene & Ann Maguire in New Milford, Connecticut, who named the store after their great grandmother. 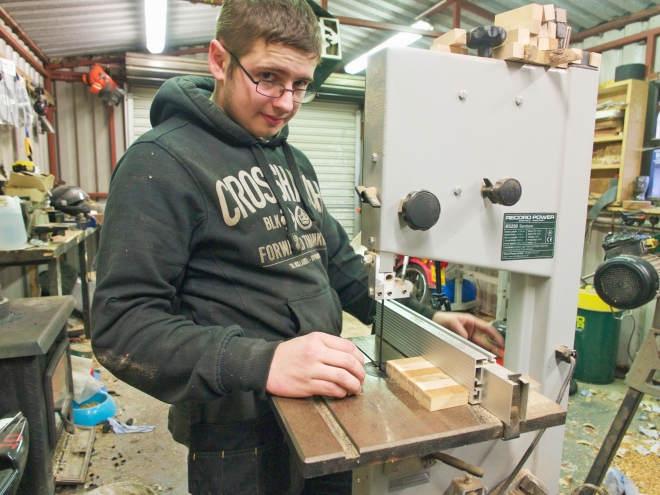 With the growing success of ‘Donegal Pens,’ the two brothers have developed their business premises from their modest shed to a second garage where they store the wood and also a small office. Having taken classes in wood-turning in Downpatrick in northern Ireland, they also now create designs on a special computer which are then ‘burned’ on to the wood of the pens. All pens are put together painstakingly by hand, not by machine. 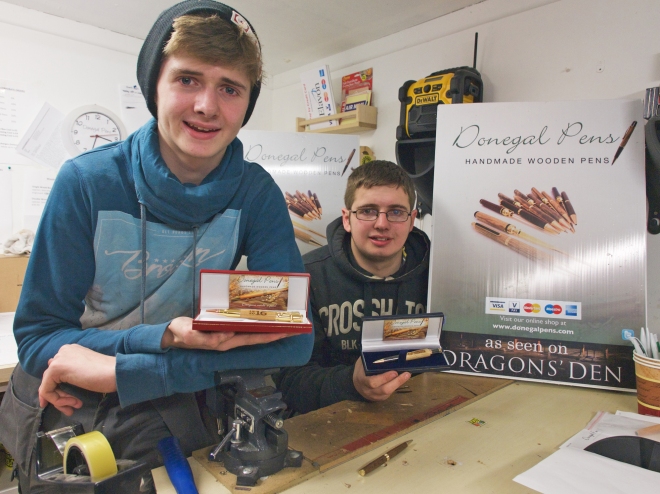 ‘Ireland Writing Retreat’ is delighted to partner with the two creative young west Donegal pen-making brothers, Ronan and Conor, from the ‘Island of the Yew Tree’ for a ‘Winter Season Special Gifts.’ To find out how you can win a unique Irish Gift, your perfect inspirational writing companion, become a Friend of ‘Ireland Writing Retreat’ before December 31st.