My observations of us Irish since returning to live in my native country 10 years ago is that far from the reputation we have in the eyes of other nationalities as an almost swashbuckling tribe of adventurers, we are in fact the most boring, banal and predictable of people when it comes to voting habits.

We, sheep-like, have voted into government mainly one of only two parties since the nation was founded a century ago, our warped sense of ‘change’ being simply to switch from Fianna Fail to Fine Gael and vice-versa now and then.

In doing so, we fail to realize – or worse, realize but lack the courage to accept – that there is simply no difference between these two parties.

What greater evidence do we need of this, if we needed more, than the last five years of Government: these two parties having been in what is strangely termed a ‘confidence and supply’ relationship. In effect, a coalition government under a different guise. 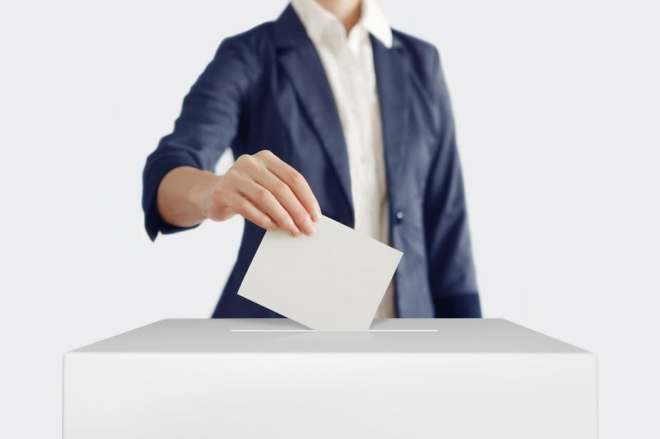 My advice: take a chance on change. It’s long past time and no less than what you deserve.

Consequently, shocking ongoing crises in key sectors such as health, housing and social welfare have occurred under the watch of both parties. They are both equally guilty of neglect and disservice to the people of Ireland. And Fianna Fail bankrupted Ireland not so long ago, leaving teachers, nurses and others on the scrap heap, and some of its TDs then are running again, including its leader.

So, on voting day tomorrow (Saturday), will the final outcome be any different from that over the last 100 years?

Sadly, regardless of Sinn Fein receiving a well-deserved boost, hopefully above the 30 mark,  I don’t think so.

If past result are anything to go by, we will remain with a Centre Right majority that kowtows to wealthy individuals, major corporations, banks, vulture funds and major land developers offering tax breaks and other incentives. A coalition that steadfastly fails to rectify the growing, severe inequalities in social life here.

Through the election campaign, I continue to be deeply disillusioned by the media in Ireland and their bias. For example, do many people really believe there was a dead-heat between Fianna Fail and Sinn Fein, 24-24 percent, in the Red C poll for the Business Post? What decent, well-organized poll ends up in a draw? It is not even mathematically possible as you poll an odd number of people, not an even number, to make sure there is an outright winner.

A caveat to this is that my wife, Columbia from Romania, who will, I believe like many emigrants, vote Sinn Fein, received a call from Red C. But when she said she lived in Donegal, they refused to take her details, telling her they had enough people from Donegal.

Surprising to say the least, as Red C had boasted its poll was a ‘random’ one. This simple incident proves it was far, far from that. It is no coincidence that, with Sinn Fein poised through Pearse Doherty and Pádraig Mac Lochlainn to attract more votes than any other party in Donegal, Red C pollsters were told not to take anyone from Donegal in the so-called ‘random’ poll.

I feel Sinn Fein was probably the winner in that poll but a national business newspaper handing this particular party the lead in such a crucial election would have been tantamount to treachery in the eyes of the newspaper’s owners and its well-to-do readers.

Or take The Irish Times, for whom I worked as a foreign correspondent. At least, they had the decency to portray their poll results honestly. Sinn Fein as outright winners.

But then a strange thing happened, the newspaper started spinning the numbers in an effort to reduce the prestigious victory of Sinn Fein, mixing in other numbers to the point of confusion.

There was even a bizarre moment during its live election debate from Trinity College earlier this week for subscribers when event host, Hugh Linehan, the newspaper’s arts and culture editor, said the poll might have created ‘a self-fulfilling prophecy’ and encouraged other journalistic colleagues on the panel to agree with him, which political correspondent, Pat Leahy (formerly of the Business Post) gleefully did.

How can a poll be ‘a self-fulfilling prophecy’? It’s as if a poll is an unseen power outside in the ether controlling the minds of people. Simply ludicrous. A completely irrational attempt at spin.

Keep in mind also that election podcasts by The Irish Times since the campaign began featured four men in key intro voiceover sound-bites, Fine Gael’s Leo Varadkar and Fianna Fail’s Micheal Martin, another Fine Gaeler and an Independent. No mention of Sinn Fein’s Mary Lou McDonald, who won the newspaper’s own poll as most popular person for Taoiseach and Sinn Fein as most popular party.

Not until I pointed this out to the newspaper in several e-mails did they decide to include Mary Lou’s voice.

My predictions for the five-seater in Donegal where I live: two Sinn Fein, one Fine Gael, one Fianna Fail and one Independent.

Pearse Doherty and Pádraig Mac Lochlainn of Sinn Fein and Joe McHugh of Fine Gael will be the first past the post.

Then there’ll be a battle for the last two seats with Fianna Fail’s Charlie McConalogue sweating it out next to get over the line.

Then the Battle Royale for the final seat – between Fianna Fail’s Pat the Cope Gallagher and hard-working Independent, Thomas Pringle.

It’ll be a rainy day for some candidates.

It’s past time multi-pensioned Pat, and his brand of old-style politics, retired from the ring. While once a shoo-in, he’s now panic canvassing door-to-door, but I’m hoping Pringle, younger, more progressive, more passionate, will receive his just reward.

Whether you agree with me or not, don’t waste your right to express your opinion. Call me a dreamer, but I still believe voting has as much meaning as we give it, so use it.

Perhaps this will turn out to be ‘the election of the young,’ the one that changes the usual political landscape of Ireland.