With no particular experience in tourism and no specific agenda, Edinburgh-born Moira Ní Ghallachóir bravely packed up her bags in London four years ago and returned to west Donegal where she grew up, to re-invent herself – and says she has never looked back. 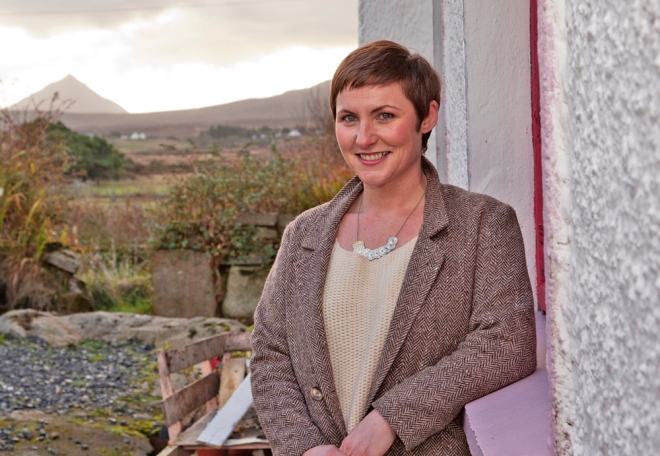 Back home, and lovin’ it! Photo by Philip Mulligan

Living in her grandmother’s home in Derryconnor just outside Gortahork in the Gaeltacht, she noticed the large number of local people with outdoors skills such as Iain Miller, an experienced mountaineer, and Gareth Doherty, a sailing instructor, so she launched mng Ventures to organize outdoor adventures linking their skills to clients.

“I looked at my life in London, the work-week, then partying all weekend, and asked myself, ‘Is this it?’ ” said the petite, short-haired 39-year-old woman sitting in An Crannog, a community-based complex in the coastal town of Bunbeg under the management of Cathal Ó Gallchóir, where she was given free office space for a year to help develop her business. “If someone had told me I’d be earning as little as I have over the last three years, however, I’d have said, ‘You must be joking.’ But, honestly, I feel more fulfilled, happier and healthier than I’ve ever been. With islands, mountains, lakes and the Atlantic Ocean right beside us, this place is truly world class. That’s what inspired me to set up a business.”

While Moira is armed with plenty of enthusiasm and networking links gained from living in Ranafast from age 8 to 18, she is concerned at what some describe as ‘generational grant dependency,’ the over-reliance on public hand-outs for projects rather than sheer entrepreneurial spirit. 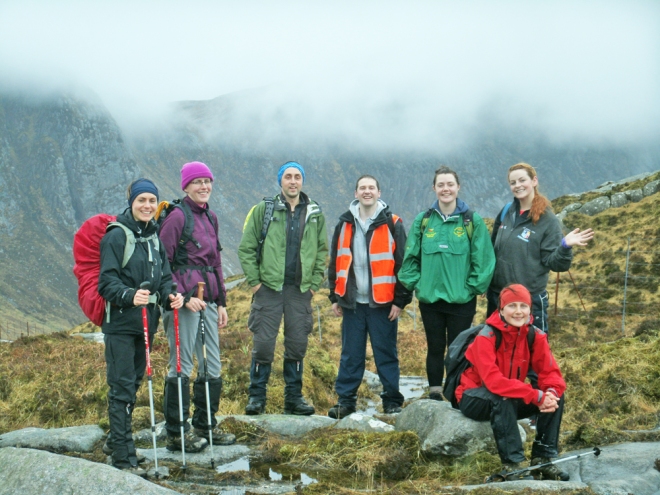 “Many people feel they have to be supported by government grants and if there is none, then ‘game over’ it cannot be done,” she said forthrightly. “We need to realize what we have and build on it. Some people say, ‘We need an adventure centre,’ not realizing that the adventure centre is all around them. Many also don’t appreciate what a beautiful landscape they have here. How can they then expect tourists to appreciate it? They’ve got to believe in their business and tell it as it is, get the word out there, with honesty and an authentic voice. Why be quiet about generating jobs or being environmentally-friendly? With today’s technology we can promote ourselves at the click of a button.”

Moira also believes greater co-operation among local people is required for group success. “We need to work together more closely, we’re still not doing enough of that. We need to start clustering.” 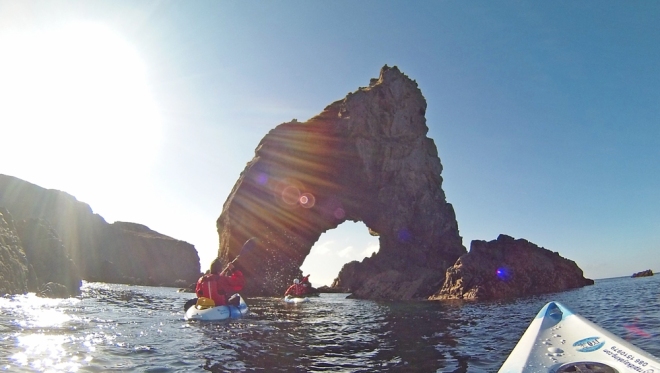 Captivating seascapes around the northwest coast of Donegal.

In fact, Moira says having a bilingual business is “a challenge, double the effort as it’s often difficult to marry English and Irish,” with even announcements having to be written, edited and designed in both languages.

Her statement inadvertently raises an important issue for Gaeltacht areas. Is too much precedence given to Irish-speaking-only entrepreneurs for funding from grant-awarding bodies such as Údarás na Gaeltachta, than local non-Irish speaking applicants or ‘blow-ins’ as they are referred to locally? In terms of larger grants, language doesn’t seem to be a barrier, with English-speaking call centers having received millions of euro over the years from Údarás. With smaller entrepreneurs, however, ‘blow-ins’ report having very little success accessing grants from the organization for projects that they say could create badly needed employment.

While Moira admits to it being, “hard to make a decent living here,” she is optimistic things will get better. “About three hundred are already booked for outdoor pursuits next year,” she says proudly. While she says success so far has been ‘built on my own investment and initiative,” she adds that she has accessed grant funding from Foras na Gaeilge for the Colmcille Trail (Colmcille Eirinn is Alba) project launched recently and from Údarás for a three-month pilot programme, which ends in January.

She also says she will probably apply for the upcoming EU-funded LEADER programme aimed at economically regenerating rural areas.

Though mng Ventures organizes a wide variety of activities including rock-climbing, sea kayaking, sailing, island hopping, whale watching and hill walking, Moira believes there is still not enough diversity of tourism offer in west Donegal. “We need more choice and we need to work from the inside out to achieve that.”

Caitlin Gallagher, owner of Caife Kitty, and her daughter served up delicious food and drinks to everyone Saturday.

Her words were echoed by Finbarr Bradley, professor and co-author of ‘The Irish Edge’ and a mentor to Moira’s fledgling company. At an event Saturday organized by Moira at Sean Teach Niall O’Domhnaill Loch an Iúir where fine food was prepared by Caitlin Gallagher of Caife Kitty in Bunbeg, he said, “This area of Donegal is rich in landscape and culture and that’s what many people are searching for now, something experiential, something spiritual, something authentic. Building upon all that you already have here so naturally is the best way forward.” 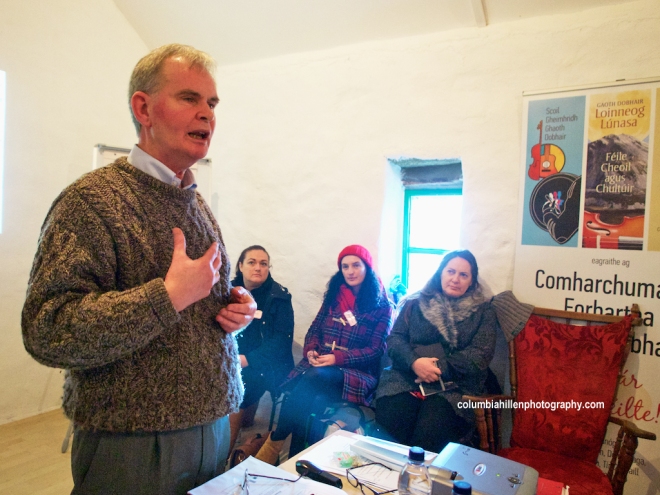