Irish officials are soon to designate one of Ireland’s prettiest islands, Gola Island off the northwest coast of Donegal, as location for the nation’s first official nudist holiday resort.

The announcement comes after an exclusive article in one of the county’s leading newspapers. 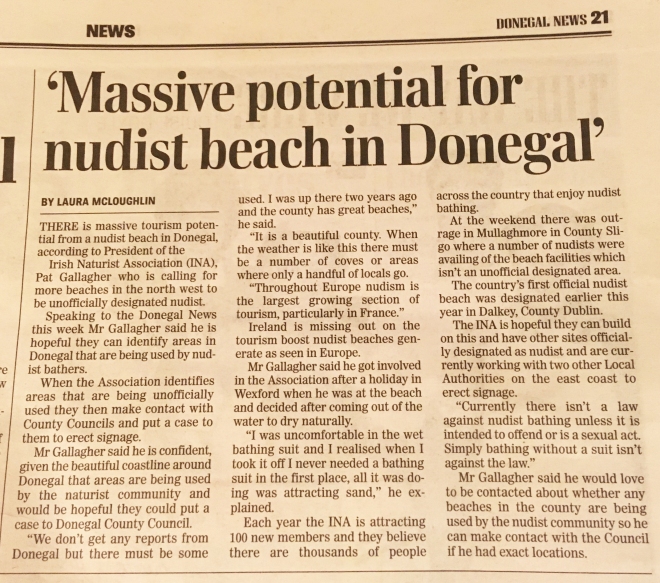 “Nudism, or naturism as it is often termed, is one of the fastest growing niche segments in the tourism market worldwide and we consider Gola Island a suitable place for such development,” said a spokesperson for the newly-formed Irish Ministry, Roinn na nDaoine Nochta. “This innovative initiative is a creative extension of our highly-successful ‘Oscar Wilde Atlantic Way’ programme, one that will boost tourism revenues over the coming years for the northwest, an economically marginalized region that has not benefited as much as other areas such as Galway, Dublin and Kerry from the rising tide of visitors.”

She added, “With top foreign guests to Ireland being from the US, France and Germany where naturism is well developed, we expect rapid economic benefits. Stripped to its bare essentials, this is extremely positive news for the island.”

According to respected international magazine, ‘Tourism Review,’ (https://www.tourism-review.com/nudism-now-amp-then-news980) nudist tourism is a 440-million-dollar a year industry in the US alone, with the International Naturist Federation having over 2.5 million card-carrying members. 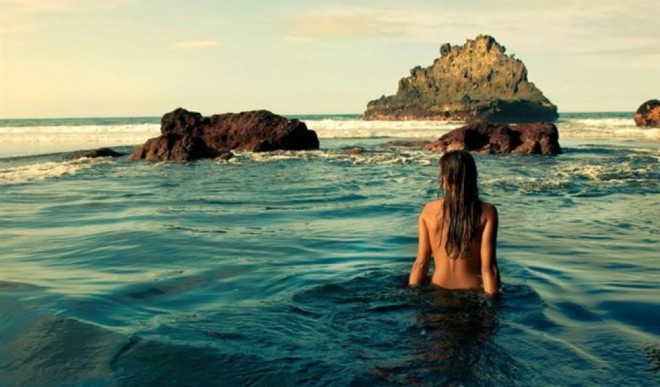 Funding for this naturist initiative will be substantial, added a spokesperson for Government Agency, An Roinn um Fhorbairt Mhíchéillí. “With the support of the World Bank and the IMF, an emergency budget of 666 million euro is being aside immediately for a wide range of substructure and superstructure works supporting this island project. We consider this a bare minimum to fully cover cost of materials and manpower necessary for upgrade of facilities. This project will provide gainful employment for construction workers including carpenters, bricklayers, plumbers, not to mention masseuses. It will also help redress the unfair balance in island funding nationwide. Under the present system, Donegal islands receive much less than islands in other parts of the country such as Galway.”

The spokesperson added, “Depending on the number of nudist visitors that descend upon Gola, we’ll consider further funding. If numbers rise as quickly as we expect, we may invite experts from Holland to advise on best methods for reclaiming submerged land and extend Gola out to the Three Sisters. That’s if they don’t mind, of course. Naturally, we’d seek their views before beginning such works. As Pagans, at One with Nature, I don’t foresee there’ll be any protest.” 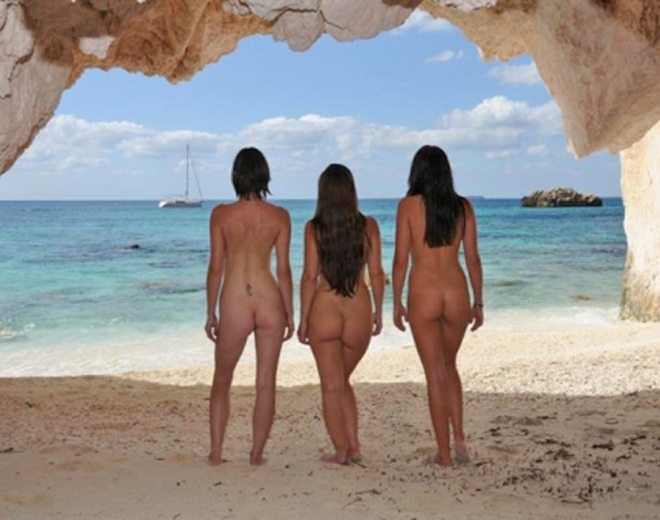 Views from Gola Island in the future?

Four officials, two men and two women, visited Gola last weekend for final inspections, including the evaluation of existing accommodation, the cleanliness of offshore water and the suitability of beaches as nude bathing sites.

Could cruise liners such as this soon be anchoring off Gola Island?

A horticultural expert from the Irish Parks and Recreation Association and another from the Irish Bird Life Society have been recruited as consultants on the project.

“We are particularly worried about clegs, or horse-flies, which can leave severe red welts on the bodies of unwary victims,” said a government inspector with the newly-formed An Roinn Turasóireachta do Dhaoine Lomnochta. “If they are found to be in abundance on the island, absolute mayhem could result. Quite frankly, it could be a bloody unholy mess.”

The inspector added, “We’re also very concerned about corncrakes, an endangered species. They’re shy birds and we’ll be monitoring their reaction to flocks of naked people. Such trauma could cause their mass migration from Irish shores forever.”

Island households as well as boat owners, especially passenger-carrying ones, are being asked to convert all wooden furnishings to metal. “When it comes to people without clothes, we have to be careful about the dangers from wooden splinters, especially in certain sensitive areas of the body,” said a health and environmental specialist. “Splinteritis is a very dangerous condition, one that can be handed down from generation to generation.”

Could such facilities soon be common on Gola Island?

Gola, spelled ‘Gabhla’ in the Gaeilge language, lies about a mile off the northwest coast of Ireland, a region considered by many to be one of the most picturesque and attractive in the country. It may have inspired Robert Louis Stevenson’s classic novel, ‘Treasure Island.’

Electricity connection to the island was installed some years ago but officials are now renovating an underwater cable supplying water as part of a general upgrading of facilities in advance of the naturist initiative taking effect.

Government officials said factors leading to their decision included Gola Island’s close offshore position, easy and convenient access by ferry, its many quiet coves and discreet beaches providing an acceptable level of privacy for both clothed and non-clothed people and, of course, its hot tropical micro-climate.

Other islands under consideration for the major economic boost included Inis Mór in Galway, Rathlin Island in Antrim, Clare Island in Mayo and even the Skellig Islands in Kerry, which gained famed recently as a location for the latest ‘Star Wars’ movie. 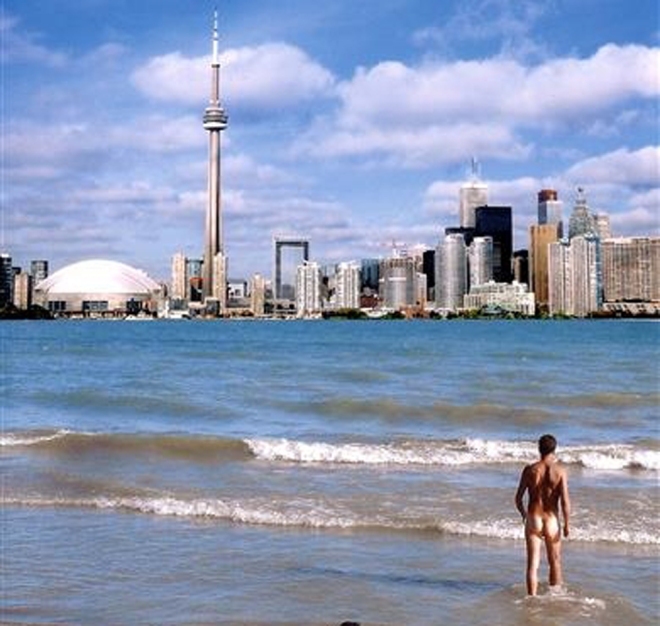 Naturism: now a popular practice in urban and rural areas.

While realizing the obvious economic benefits locally from the substantial cash injection, elected representatives are assessing the views of Gola islanders on the surprise initiative before making official statements, either for or against.

That’s when I woke from my dream. And into the bright light of reality.

It’s Saturday. It’s the first day of the annual Gola Island Festival. A committee led by Máirín Ui Fhearraigh has put together a wide range of enjoyable activities for both children and adults. Hard-working Sabba Curran, captain of ‘The Cricket,’ is busy ferrying passengers over.

Alas, Irish officials haven’t given the island 666 million euro for a ‘natural development’ or indeed development of any kind. Donegal still remains poor cousin to Galway, Kerry and Dublin when it comes to public funding.

Ah well, at least there’ll be a good bit of craic going on at King Eddie’s wee café.

I urge you. Go along and support this worthy community initiative.

For information on this weekend’s Gola Island festival, contact Máirín at 087 413 4244.