Not only but they are also architects of what must be one of the cosiest and intimate jazz festivals on the island of Ireland, in the small coastal north-western Gaeltacht town of Falcarragh in their native county, Donegal, which took place last weekend.

With international musicians such as sublime guitarist Lucian Gray from Canada, David Lyttle, a whiz on drums, Scot Steve Hamilton, a wonderful keyboardist, appreciative audiences were treated to some high-level performances in what was only the festival’s second year, in venues such as The Shamrock and Gweedore bars and the Batch restaurant. Excellent musicians also included Cleveland Watkiss and the Joseph Leighton Trio.

If austere members of the Catholic Church, which – just as they did with yoga – proclaimed jazz as Devil worship not so very many generations ago (as did Communist dictators), had seen how people were packed close together enjoying the melodies, they’d have tossed the infamous Irish Dance Hall Act at them, pages fluttering hither and thither. 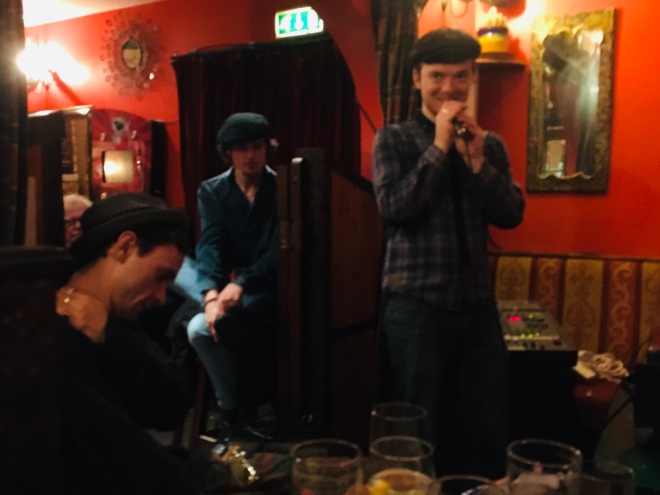 The musical menu ranged from original compositions by Lyttle such as Summer Always Passes, After The Flood and Camels, the latter a gentle melodic homage to the humpy-backed animal, to standard jazz classics such as Misty, written in 1954 by pianist Erroll Garner; Someday My Prince Will Come written by Larry Morey with music by Frank Churchill for Walt Disney’s 1937 animated movie Snow White and the Seven Dwarfs; These Foolish Things, about fleeting memories of young love with lyrics by Eric Maschwitz and music by Jack Strachey, and Body and Soul, written in New York in 1930 with music by Johnny Green and lyrics by Edward Heyman, Robert Sour and Frank Eyton, as well as works by Capitol Records co-founder and American Tin Pan Alley lyricist, songwriter, and singer, Johnny Mercer, such as Autumn Leaves. 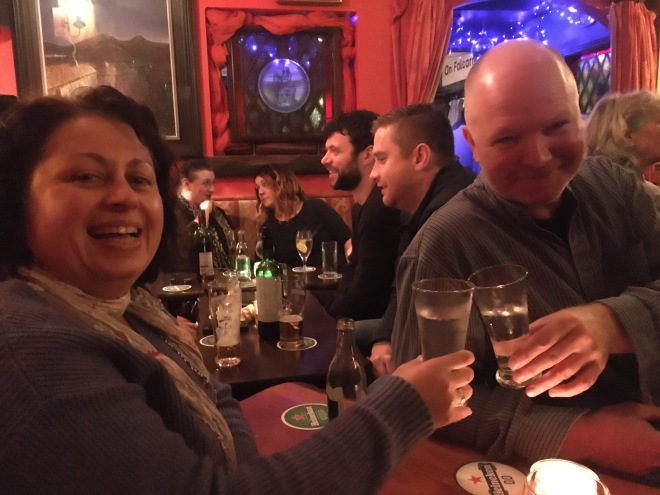 “We put careful thought into this festival and are just delighted to be able to share the kind of music we love with you,” Conor told an appreciative audience at The Shamrock last Saturday night.

In paying tribute to the twins’ efforts in organising such a successful festival, friend and musical colleague, Lyttle, said “Once I said it would be a great idea to start a jazz festival here, but I was only joking, okay, half-joking. Sheer naivety or blind-faith, I’m not sure which was uppermost in Michael and Conor’s minds when they decided to bring a jazz festival to a little Donegal town such as this. They both deserve great credit and I’m certainly very happy to be here.” 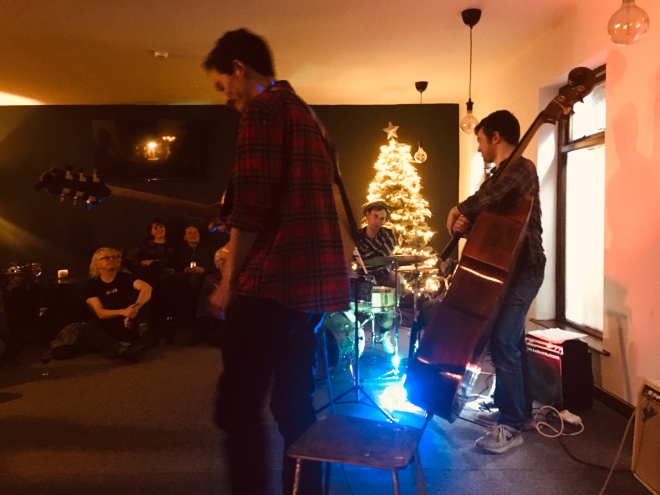 For those who unfortunately missed the weekend’s concerts (death is the only acceptable excuse), here is a sample of what you could have heard had you risen, Lazarus-like.

Roll on next year!