Irish Nobel prize-winning poet Seamus Heaney was a sublime wordsmith and a mystery.

And the veil still cloaking aspects of his life and views may be lifted Friday evening. 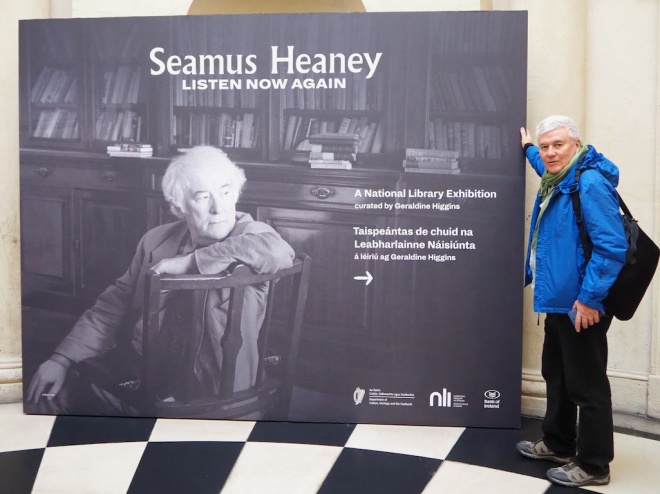 Enjoying a special exhibit on the Nobel winning poet at the Bank of Ireland Cultural and Heritage Centre in Dublin this week.

I’m delighted to be hosting a special event at the Seamus Heaney HomePlace at which three speakers with impressive credentials and diverse views on spirituality and religion will combine their thoughts to reveal more about the Derry man who made Ireland proud.

Committed Catholic Martin O’Brien long-time journalist with the Belfast Telegraph, former editor of The Irish News and award-winning producer with the BBC will be joined by poet Anne O’Reilly, performance poet and lecturer in religious studies and Noeleen Hartigan, Unitarian and human rights leader who has worked with Amnesty and the Simon Community.

Seamus Heaney and his devoted wife, Marie, organise his papers for the National Library of Ireland archives.

Their views, some similar, some in direct contrast with each other, should prove to be an exhilarating spectacle to behold.

Aside from his love of words, what can definitely be said of the Nobel laureate is that he was a peace-loving man.

While Heaney stayed away from blunt, outright side-taking on the situation in northern Ireland during ‘The Troubles,’ he was not averse to political commentating, Chris, his son, recalls a comment his father made, on television about Barack Obama: “He said something like, ‘I’m wary of too much uplift – though in Obama’s case I can pretty much get behind it.’ ” 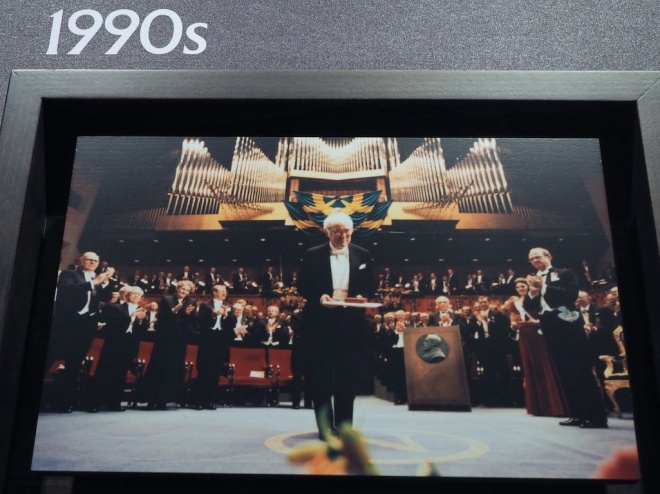 What we may hear Friday evening at the Seamus Heaney HomePlace is what else he may have become since his upbringing in a Catholic family in rural Derry.

To whet your whistle ahead of this event, here are some comments about Heaney –

Heaney, whose poems resonate with the rhythm of the lives of those he touched – casual reader, familiar student, his close-knit family.

The event at the HomePlace is a perfect primer for anyone headed to Dublin to see, Seamus Heaney: Listen Now Again, the first exhibition at the new Cultural and Heritage Centre in Bank of Ireland’s former parliament building on College Green, Dublin. More than 100 people have worked on the show, wonderfully curated by Professor Geraldine Higgins, Director of the  Irish Studies Program at Emory University, Atlanta, for the National Library of Ireland, with the family included in the process. Exhibition Manager is the delightful Ann-Marie Smith. 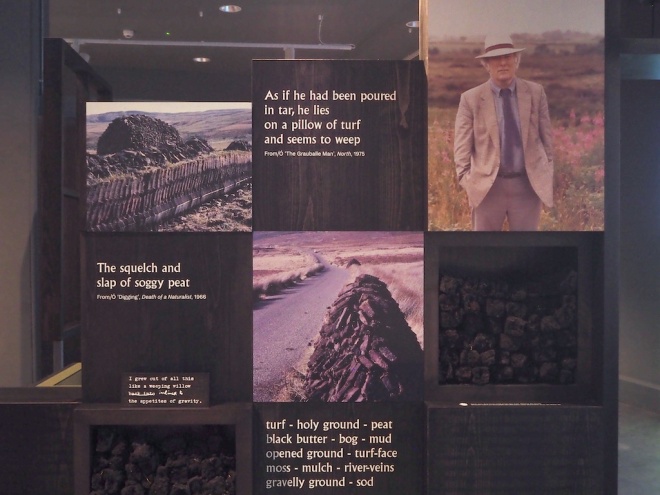 The exhibition focuses on the poetry, its genesis and its process, with glimpses of the essayist, playwright, translator, professor, literary critic and family man. The aim is to create an intimate and immersive experience of the poet’s work, and the thought and care the National Library team have brought to the task shines through.

Friday’s event at HomePlace is also a primer for a lecture by Fintan O’Toole, an Irish Times columnist for nearly 30 years, on December 1st at the same venue. Faber announced O’Toole would write the official biography of Seamus Heaney.

Background Snippets on the Life of Seamus Heaney

Born rural Catholic at the family farmhouse called Mossbawn, one of ten children, he won a scholarship to St. Columb’s College in Derry, then attended Queen’s University , later becoming a lecturer at St. Joseph’s College in Belfast in the early 1960s.

In 1972, Heaney left a lectureship he had earned at Queens University Belfast, and moved with his lovely wife, Marie, to Wicklow. In the same year, he published Wintering Out.

He became Head of English at Carysfort College in Dublin in 1976, later moving to Sandymount. 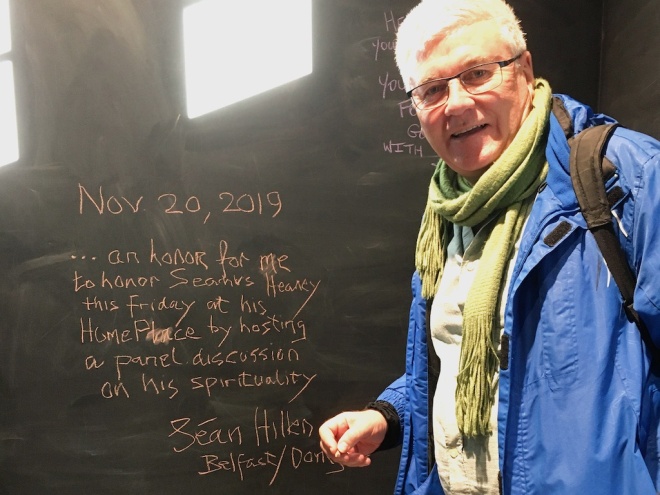 Proud to add my message to those of other Seamus Heaney admirers at the exhibition of his life at Bank of Ireland Cultural and Heritage Center, College Green, Dublin.

His next volume, Field Work, was published in 1979. Selected Poems 1965-1975 and Preoccupations: Selected Prose 1968–1978 were published in 1980. When Aosdána, the national Irish Arts Council, was established in 1981, Heaney was among those elected into its first group. (He was subsequently elected a Saoi, one of its five elders and its highest honour, in 1997).

In 1981, Heaney traveled to the United States as a visiting professor at Harvard, a relationship he maintained for many years, where he was affiliated with Adams House and delighted in teaching poetry in the hallowed halls there. He was awarded two honorary doctorates, from Queen’s University and from Fordham University in New York City (1982).

In 1989, Heaney was elected Professor of Poetry at the University of Oxford, a post he held for a five-year term to 1994.

Heaney was awarded the Nobel Prize in Literature in 1995 for what the Nobel committee described as “works of lyrical beauty and ethical depth, which exalt everyday miracles and the living past.”