I know that’s saying the obvious.

But sometimes we overlook the obvious.

So it’s good to remember.

For without them, society loses its very soul.

Pluincéad Ó Fearraigh, a teacher from the Donegal coastal region of Gaoth Dobhair, now chairperson of the Letterkenny Music and Drama Group (LMDG), is one such person.

So is the excellent actor, Eoghan MacGiolla Bhrighde, also from Gaoth Dobhair (is the overriding sense of creativity in that particular region in the air, or the water?)

Their efforts make life for hard-working, theatre-lovers like Letterkenny-based Anne and Simon Smith, former technician-cum-union leader and well-respected professor of nursing at the University of Ulster respectively, all the more enjoyable.

So here’s to creative people, both on and off the stage.

Here’s my tribute that was published in a recent edition of the ‘Donegal News’ on the latest creative event to emerge from the so-called ‘Forgotten County’ (who needs Dublin anyway, especially when creative people establish the Independent Republic of Donegal).

Fine singing, complex choreography, comedy skits, theatre, screen presentations, colourful costumes, skilful lighting, not forgetting the terrific orchestra – was there anything missing from the kaleidoscope of on-off-stage talent celebrating in grand style the 20th anniversary of An Grianán?

Not anything I noticed.

In fact, I’d go as far as to say if last weekend’s extravaganza wasn’t West End/Broadway quality it was certainly not far off it. And some acts by far surpassed it. And I say this with some degree of certitude as I’ve been to, and reviewed many, London and New York performances.

It’s no wonder, Pluincéad Ó Fearraigh, chairperson of the Letterkenny Music and Drama Group (LMDG), founded in 1991, was so content afterwards sitting among his hardworking cast in the theatre lobby enjoying a well-deserved toast to the show’s success. 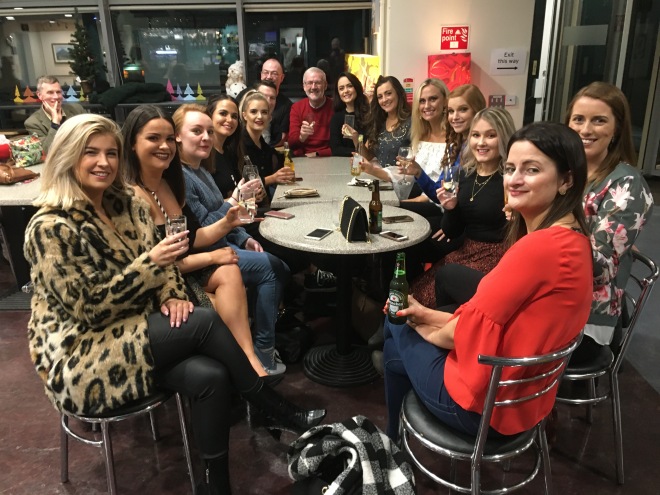 Pluincéad Ó Fearraigh enjoys a post-show success with members of of the Letterkenny Music and Drama Group (LMDG).

“I was delighted with the way the gala concert went,” he said. “The audience reaction every night was fantastic and made all the hard work very worthwhile. Everyone – cast and production team – have worked tirelessly since the beginning of September to make sure it was a concert to remember and worthy of celebrating 20 years of An Grianán being opened.”

He continued, “We were privileged to be the first group to perform in An Grianán when it opened on 16 October 1999 and delighted be given the opportunity to be part of its 20th anniversary celebrations this year. This was our 38th production in the theatre during those twenty years and we look forward to many more.”

The LMDG cast and crew of more than 40 people, plus the other acts, from towns Donegal-wide including Milford, Ballybofey, Gweedore and Letterkenny, and others outside the county, including Derry, Sligo and Strabane, put on a three-hour show that had audiences mesmerised, with many saying it far overshadowed the visiting Galway-based Druid Theatre which performed for the 10th anniversary.

The diverse musical repertoire stretched from naughty songs such as ‘How I Got The Calling’ from ‘Sister Act’ sung by ‘nuns’ in habits to the sexy, sensual ‘Cell Block Tango,’ with singers dressed in skimpy outfits, to the inspiring – as if that wasn’t inspiring enough – ‘I Dreamed A Dream’ from ‘Les Misérables.” There was also an extract from a play by Brian Friel, dynamic steps by children and teenagers from Alison Quigley’s School of Irish Dancing and comedy skits adapted from ‘Life Of Brian,’ ‘Monty Python’ and F.U.N.E.X. from the TV series, ‘The Two Ronnies.’

Among the happy show-goers were theatre lovers, Letterkenny couple, Anne and Simon Smith. “It was great night of entertainment,” said the former. “There were so many memorable performances from musical theatre shows that we all know so well. And so many talented performers from Donegal. A fantastic way to celebrate the 20th anniversary of the theatre in Letterkenny. Well done to all for all the hard work in putting on such a great show.” 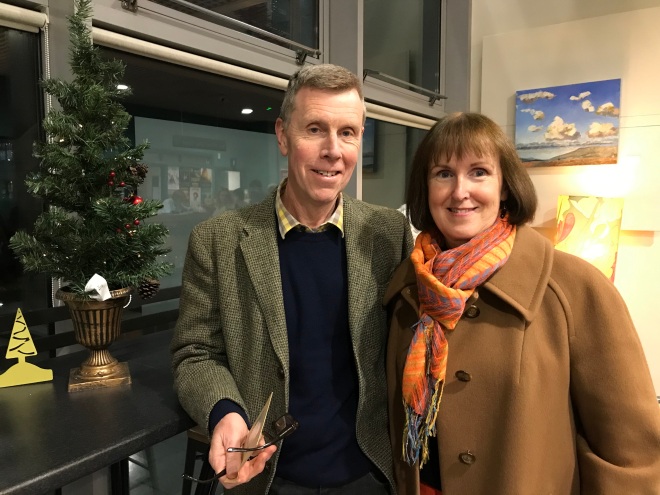 Added Simon, “While there was lots of singing and dancing from the great musical theatre shows, I particularly loved the drama – a bit of Brian Friel, a bit of Monty Python. The famous argument sketch was hilarious. The celebratory show reminded me of the many great local drama productions enjoyed over the years, one in particular being ‘The 39 Steps.’ ”

Added Patricia McBride, the theatre’s director, “The Gala Concert marking the theatre’s 20th anniversary was a testament to the rich talent we have in Donegal. The performers royally entertained the audience. The atmosphere was very positive and the feeling of goodwill towards the theatre was palpable. It was a wonderful occasion.” 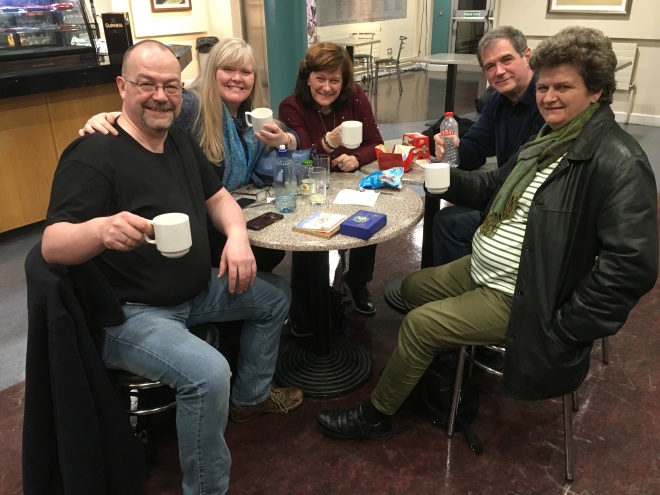 Gaoth Dobhair born actor, Eoghan MacGiolla Bhrighde, who starred in several comedy sketches and was also a member of the Letterkenny Music and Drama Group that won the RTE All-Ireland Drama Festival with its production of ‘The 39 Steps,’ said he was “delighted” to be chosen to take part in the celebration. “it was great to be involved in such an occasion, especially among so many talented performers,” he said. “While some members of the music and drama group have changed, over the years their spirit still lives on in the magic of the musicals and other stage performances of all kinds.”